The Origin of Schooners

The Maritime Industry: an important page in the history of Charlevoix

The history of Charlevoix is ​​inseparable from its maritime industry past. More than 500 boats were built there, including 375 schooners (first sailed and then motorized).

The construction of schooners began during the first third of the 18th century, in the immediate area of ​​Quebec. They were typically North American in origin and renowned for their maneuverability and navigational skills, while requiring a small crew. Sailing schooners were quickly becoming popular for cabotage (shipping goods along the coast). The schooner is a keeled vessel, usually between 30 and 100 tons, with two masts and auricles.

Eventually, they would be replaced by schooners designed with a flat bottom, rigged in ketch (that is to say that the longest mast is placed at the front) and better adapted to strandings, forced because of the tides.

The first schooners built in the region broke the isolation of the populations of Isle-aux-Coudres, Baie-Saint-Paul and Les Éboulements. In 1793, the Marie-Louise is the first registered schooner from Saint-Joseph-de-la-Rive, then known as Les Éboulements-en-Bas. The Marie-Louise, was built by Jean-Baptiste Bonneau, a navigator of that area.

Around the middle of the 19th century, economic activity related to the development of the villages of the St. Lawrence Valley and the supply of large cities, including Quebec, promotes the development of shipbuilding in regions such as Charlevoix, and in particular Saint-Joseph-de-la-Rive. The new shipping industry provided work for hundreds of people.

During the 19th century, on average, more than one boat per year was built on the banks of the village. In some years, as in 1855, no less than five vessels were built!

At the time, schooners were usually built with reduced equipment, on an improvised site, and in most cases, by the same men who would operate the boats after their launch. Unlike Quebec City and its immediate surroundings, where major shipyards were centralized and organized for industrial production, shipbuilding in Charlevoix remained a highly skilled ''master craftsman'' entrepreneurial enterprise. At the beginning of the 20th century, steam and gasoline engines appeared and sail schooners turned into mechanically propelled vessels.

During the 1920s, the schooner underwent its last transformations. It permanently lost its sails, adopted the diesel engine, added a wheelhouse to the rear, that would dominate a layout reserved for the crew. A quartermate was added to the front which would further protect the cargo carried on the bridge. Despite these significant changes, the term "schooner" survived until the end of its use in the 1970s.

THE MARITIME SHOP OF SAINT-JOSEPH-DE-LA-RIVE

Despite the vitality of shipbuilding in Saint-Joseph-de-la-Rive, it was not until 1946 that a permanent shipyard appeared in the landscape thanks to the investment of some twenty men and women of the village.

Named Chantiers maritimes de Charlevoix Ltd., the company devoted itself almost entirely to wintering and maintaining schooners belonging to navigators in the region until 1972.

THE DECLINE OF SCHOONERS

In 1952, with the launch of Mont-Sainte-Marie, the construction of wooden coasters in Saint-Joseph-de-la-Rive stopped. The construction of roads connecting each village, trucking and competition from steel ships, with a much higher capacity than wooden schooners, caused its demise.

Thus, one after the other, the schooners were stranded on the banks where they were born, disappearing under the pangs of time. In 1978, the last schooners able to sail permanently left the St. Lawrence River. Only Jean-Yvan and St-André would survive. They would be used to teach naval cadets or for excursions, before finally heading to the shipyard of Saint-Joseph-de-la-Rive. Today they rest motionless and silent, at the Musée maritime de Charlevoix.

An ethnologist and friend of the Museum, Michel Desgagnés has been a scholar on schooners since his university years. He is the author of the book Les goélettes de Charlevoix published in 1977 by Leméac. This book contains a list of the schooners of Charlevoix that he has studied in depth. In March 2020, Mr. Desgagnés allowed the Museum to publish the list below. 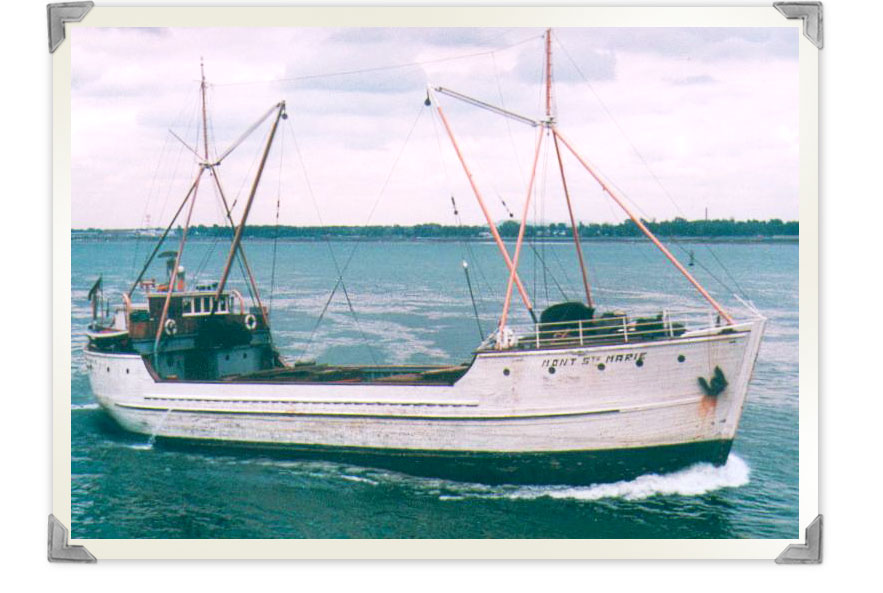